Only the people can make change.  Bernie inspires a political revolution.  Together we stand up.
Art spreads the message. Join us. 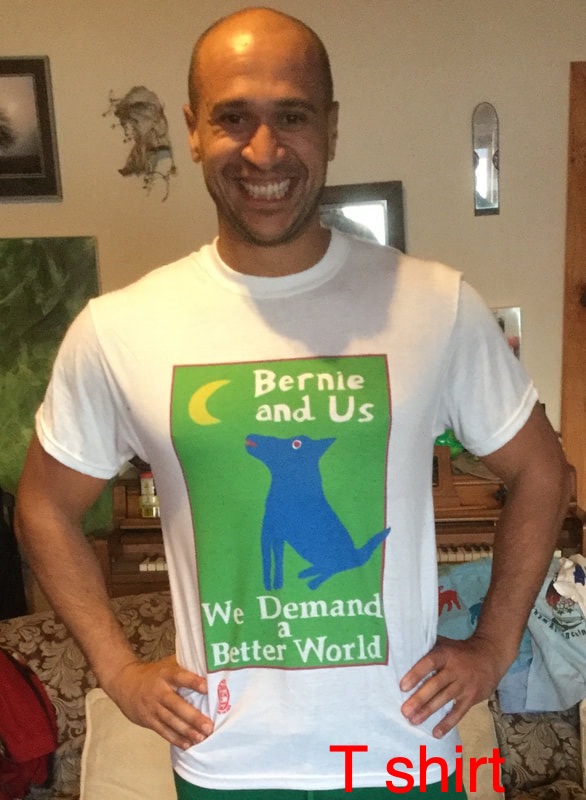 Bernie was gracious to say, "This is great!" 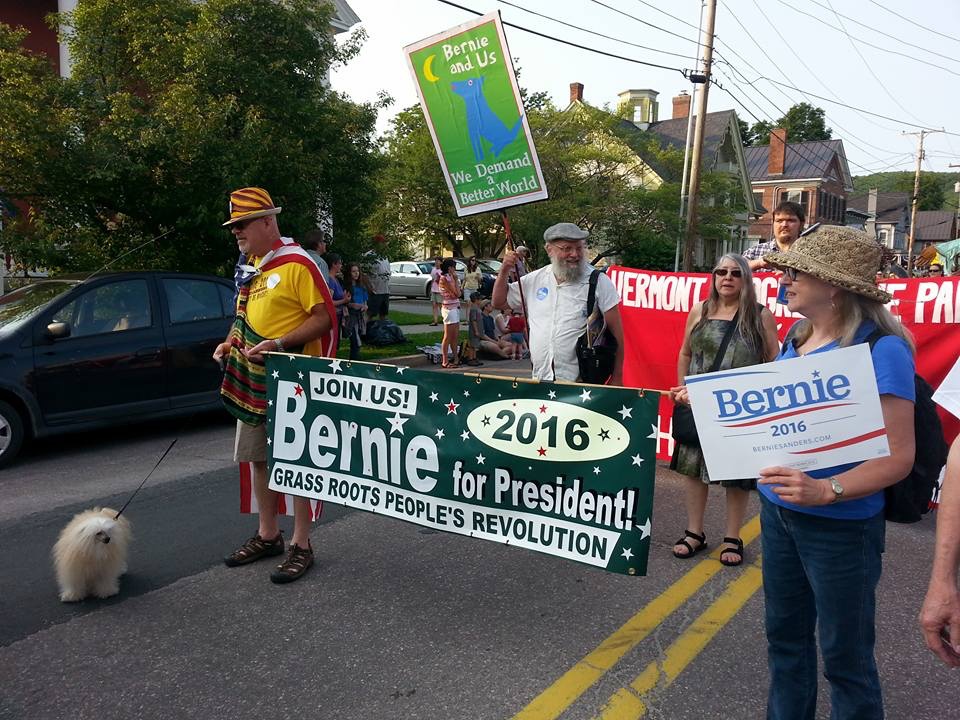 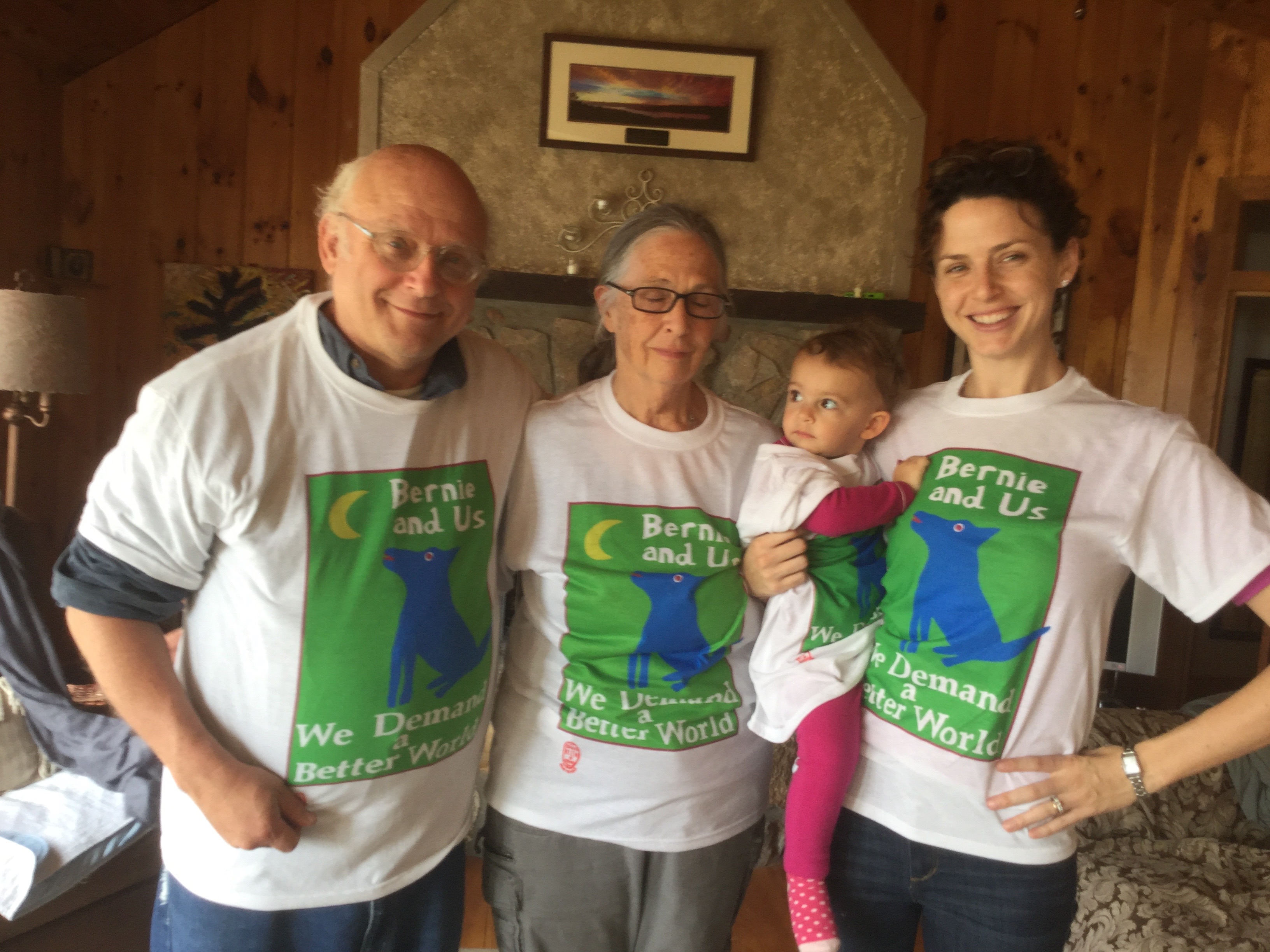 When Sen. Bernie Sanders officially kicks off his presidential campaign next Tuesday, May 26, at Burlington's Waterfront Park, it will no doubt be a zoo. And at least one of the supporters there will be an exotic creature: a blue dog named Beanie.

"Beanie for Bernie" is the latest creation of East Calais artist David Klein, who has been making Beanie art for several decades. The original pup was quite vocal, apparently, hence the name Beanie the Singing Dog. And she, like her owner, is an activist, pacifist and comedian. (Klein works as a standup and actor and says he runs the monthly People's Café at Bagitos in Montpelier.)

Klein is also a master of wordplay ("Beanus of Willendorf," "Romeo and Beaniett"), art history appropriation ("Beanies Descending a Staircase") and alliteration. "Beanie for Bernie" meets that standard quite nicely.

Beanie creations are mostly folk-style dioramas of wood and papier-mâché, brilliantly painted in acrylic, though Klein also makes figurines. He made 200 of them for his daughter's wedding in 2009. "It took me a couple years to recover," he says. The couple in his box "Tessa and Adam" now have a child, which surely will inspire a baby-watching Beanie.

For now, Beanie is all about Bernie, and aims to bark the message loud and strong: Enough is enough. "It's a message that needs to get out," Klein says. "We demand a better world. Animals and people unite!'

Will doggie dioramas and posters help? Klein says yes. "Bernie has been saying the same thing for years, and it's more true than ever," he says. "With Beanie behind him, he's got a chance."

profits go to the Bernie Campaign.